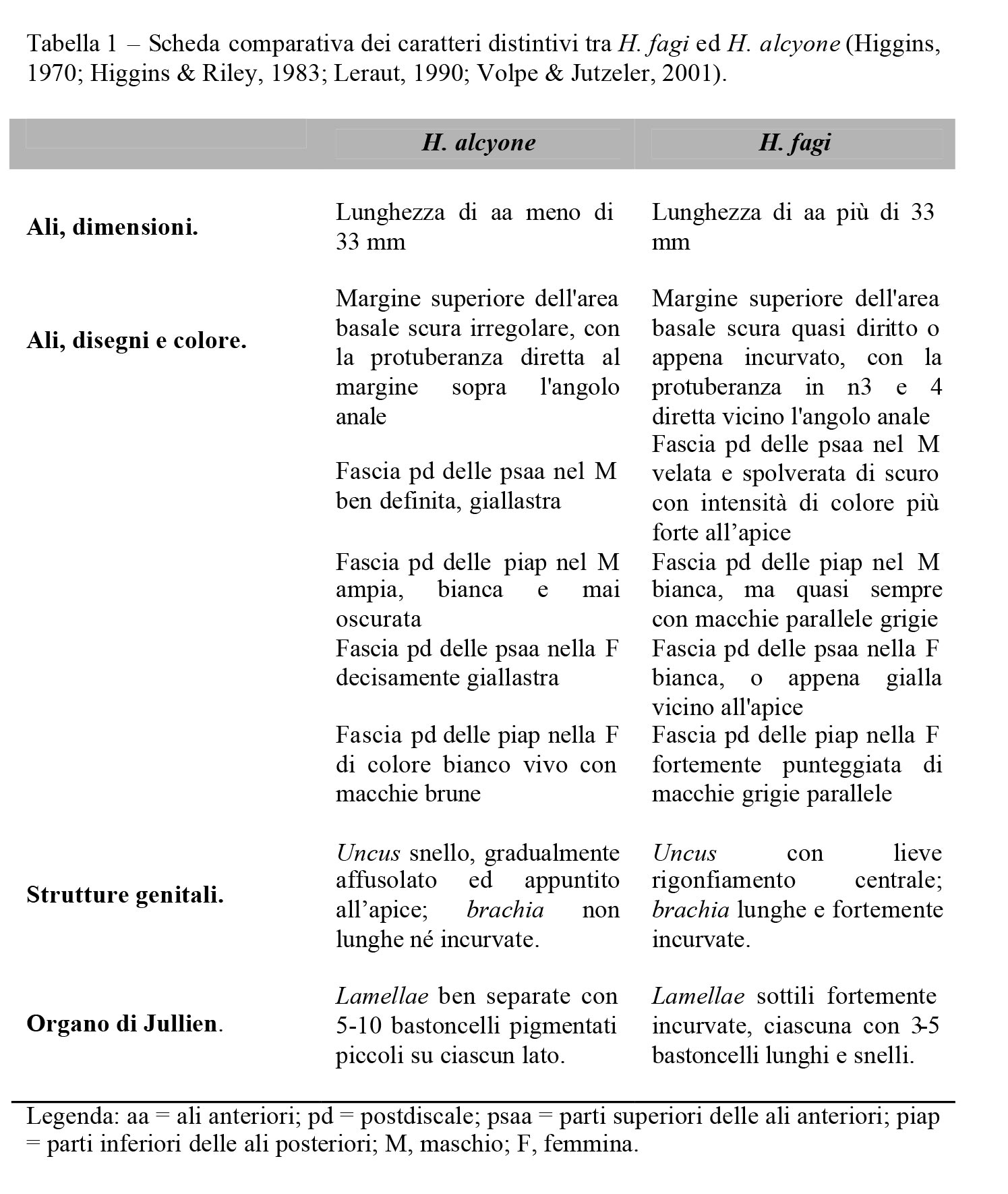 Hipparchia fagi, the woodland grayling, is a butterfly of the family Nymphalidae.[3]

The Latin species name fagi, meaning of "beech" (=fagus), refers to the prevailing species of trees in the relating biotope.

Hipparchia fagi has a wingspan of 66–76 millimetres (2.6–3.0 in).[6] These large butterflies have dark brown uppersides of the wings, with a fringed margin, a white submarginal band more evident in the females and one black eyelet at the apex of each forewings. In the males the white band has a single very small eyelet on each hindwing, sometimes showing a white pupil, while in the females it shows one or two ocelli.[7]

The colouration and pattern of these butterflies are an excellent camouflage on the bark of the trunks where the butterfly usually rests, with the eyespots hidden by the closed wings.[5] This species is similar but larger than Hipparchia hermione. It is also rather similar to Hipparchia syriaca and Hipparchia genava.

The caterpillar has a pale brown head with four darker streaks. Body is light brown with a bifid posterior end, a dark brown dorsal band and brownish lateral bands.[9]

Adults fly from June to September.[6] This species has one generation a year. The caterpillars overwinter. The larvae feed on various types of grass, such as Brachypodium pinnatum, Bromus erectus, Festuca rubra, Holcus lanatus and Holcus mollis.[2][5]

"Rock grayling" redirects here. For the other butterfly with this common name, see Hipparchia semele.

Hipparchia hermione, the rock grayling, is a butterfly of the family Nymphalidae.[1] The species can be found in Central Europe, Southern Europe, Eastern Europe, North Africa, Anatolia and the Caucasus.

The wingspan is 27–34 millimetres (1.1–1.3 in).The ground colour is dark brown. There is a white submarginal band, bordered with an interrupted fringe and a large black ocellus at the apex of the forewing. The hindwing has a small ocellus with a very discrete pupil

The underside of the forewing is similar: brown with a white submarginal band and the black ocellus with white pupil at the apex, while the hindwing is marbled with brown and white with a broad white band. No sexual dimorphism.

Similar to Hipparchia fagi, but on the underside the deep dark basal area of both wings contrasts much more sharply with the light band, and the latter, which is almost pure white on the hindwing, contrasts again conspicuously with the broad dark distal margin. The conspicuousness of the pattern on the underside of the hindwing is especially noticeable in the male, but even in the duller coloured female the band on the hindwing beneath is still quite distinct, although sparsely irrorated with black.[2]

It is smaller than fagi.

The butterflies fly from June to September.

The larvae feed on various types of grass.